“Hampi, An  Iconic Place for You and Me”

Hampi is located in the eastern part of central Karnataka, India. The city has various groups of monuments and temples. It is basically a travel city for Hindus as most of the monuments showcase the religious sentiments of the Hindu population, be it in their temples, markets, artworks, and reliefs. There are also six Jain temples and a Muslim mosque and a mausoleum.

Hampi has been declared as a World Heritage Site and is famous for its monuments and monolithic sculptures that attract many tourists. Hampi is the city of ruins' and used to be the second-largest city in the world after Beijing.

How to visit Hampi from Delhi

In Hampi, there is no direct flight, buses, and train between Delhi to Hampi.

By Flight- Take a flight from New Delhi to Bangalore or Hyderabad and then take a private cab or rickshaw or local buses from there to Hampi ( which is around 13 km).

By Train- You can take a train from Nizamuddin station to Yesvantpur junction or Goa Express( New Delhi to Hubli), then take a taxi to reach Hampi.

By Train: Take Hampi Express to Hospet junction and then take a local taxi or bus to reach Hampi in just 30 mins. Hospet is the nearest railway station for Hampi.

By Bus: There is another option to travel by bus. Also, there are some private operators who run a tour from Bangalore to Hampi. Both the train and bus take you to a Hospet which is about 13 km from Hampi and from there you can hire a local bus or cab.

By Train: Kolhapur Express to Hubli express and from there, as usual, you can hire a cab or local bus. It is the most convenient way to reach Hampi as it takes less time.

By Train: Howrah Express to Hospet station, where you can take a cab or rickshaw.

By Bus: We recommended using a Volvo sleeper and non-ac bus. It takes 8 hours to reach Hampi.

The best time to visit Hampi is from October to February (During the winter season). The weather remains cool except in afternoons but it is the perfect time to visit.

It is the best time to explore all the monuments and temples. Hampi is moderately dry throughout the year.

Places to visit in Hampi

The Virupaksha temple is located on the banks of the Tungabhadra river, Hampi, and is dedicated to Lord Virupaksha in the form of shiva.

The temple is seen as south Indian style architecture and you will find beautiful stone inscriptions on the walls of the temple. Many people visit the temple during the festival season. It is a must-visit place for people interested in architecture and history.

The Lotus Mahal is located in the zenana enclosure of the royal center of Hampi and also known as kamal mahal and Chitrangi mahal. One of the beautiful complexes for royal women of Vijayanagar. The decoration and architecture are a mix of Hindu and Islamic styles. It is one of the most photographed buildings in Hampi, it is undoubtedly a very photogenic castle that you are going to love.

A tour of Hampi is incomplete without visiting the lotus mahal.

The Vitthala temple is also known as Shri Vitthala Temple which is dedicated to Lord Vishnu in which regular worship is offered and various festivals are celebrated on a grand scale.

The central-western hall of the temple was ruined by the Mughals. The temple is located near the Virupaksha Temple and there are many hills, pavilions, and temple buildings located inside the campus.

Beautiful sculpture, architecture, and craftsmanship can be seen at the temple complex. It is claimed to be the grandest of all temples and monuments in Hampi.

The Yantrodharaka hanuman temple is also known as the monkey temple or the Monkey Kingdom and is dedicated to Lord Hanuman. It is one of the most attractive temples in Hampi, located on the top of Anjaneya Hill, and is considered a sacred spot for all Hindus. If you get a chance to look closer, you can see a number of monkeys curved around like a clock and it's an important place for worshipers of Hanuman.

You can also climb here for the beautiful views and pleasant air. This is one of the must-visit places for religious and nature lovers.

Do not forget to shop at Hampi Bazaar, which is known as Virupaksha Bazaar. The streets are occupied by local villagers. It is a place full of clothes, ornaments, and statues of Nandi bulls and is also famous for all the ongoing cultural activities. Hampi Bazaar has a lot of things to offer visitors.

The archaeological Museum is located at  Kamalapur. This is one of its own kind of place to visit in Hampi as it is a small town in the Bellary district, Karnataka. There are many idols of Hindu like Mahishasuramardini, Bhairava, Vinayaka, and the museum is surrounded by green plants that give an awesome look to the museum.

I recently bought one of your bags based on a recommandation from a friend, and I couldn’t be more happy to support you, achieving your long term vision!

What an incredible story! Would love to see more posts like this. 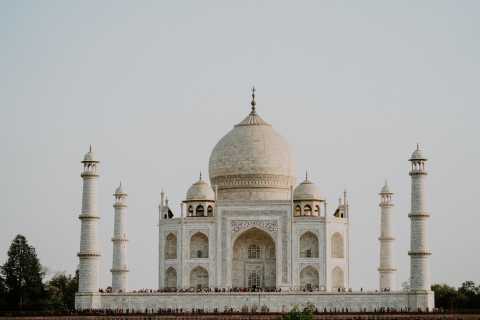 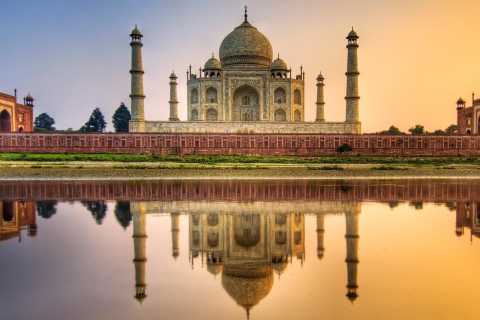 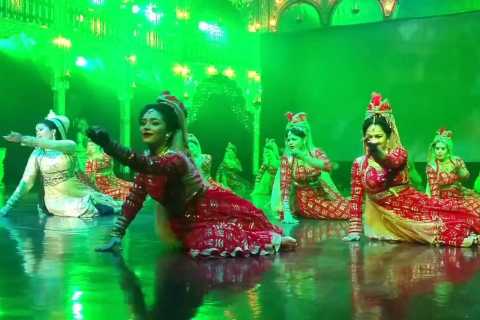